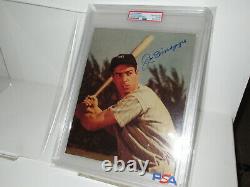 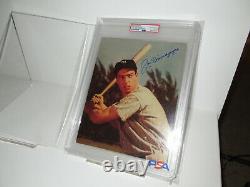 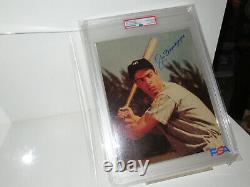 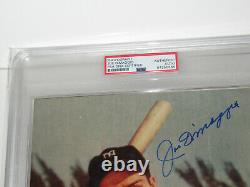 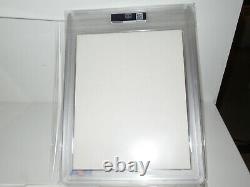 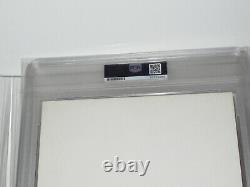 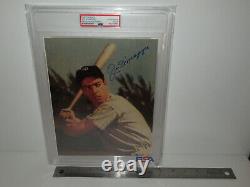 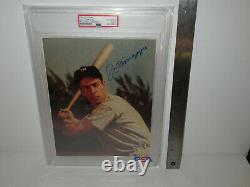 Joe Dimaggio, Signed 8 x 10 Photograph, in PSA/DNA Authencicated Encapsulated Slab, HOF. We are pleased for sale a signed photo of Joe DiMaggio under the NEW PSA system of Authentication and Encapsulation. Just back from PSA grading in a new Encapsulated Slab. Still in its Original PSA Wrapper. The new system judges the authenticity on factors including consistency of ink flow and the quality of the penmanship.

No longer is a COA necessary or desirable. PSA guarantees these new signed photos for life and encapsulates them is a magnificent Lucite holder. It appears that this signed photo is of the very young Joe DiMaggio, perhaps in his rookie year. Joe DiMaggio, according to Wikipedia was: Nicknamed Joltin' Joe and the Yankee Clipper... Played his entire 13-year career in Major League Baseball for the New York Yankees.

In his13 year career from 1936 to 1951 (which was interrupted by three years spent in the US Army from 1943-to-1945), DiMaggio won three Most Valuable Player awards and was named to the All-Star team thirteen times. In 1936, his rookie year his Yankees won the World Series as it did during 1937, 1938 and 1939, Joe is the possessor of what one may consider the one batting record that will never be surpassed: consecutive games with a hit.